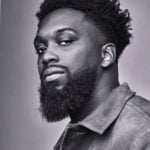 8:30 pm – Dante Bowe
Dante Bowe is a Christian and gospel singer-songwriter who has found success with his notable collaborations. After launching his solo career in 2017, Bowe’s first LP, Son of a Father, debuted at No. 5 on the iTunes Top Christian Albums chart. In 2019, Bowe became the first Black artist to join the Grammy-nominated Christian collective and worship group Bethel Music. Bowe was featured as an artist and composer on Maverick City Music’s 2019 EP Maverick City, Vol. 2, which charted at No. 11 on Billboard’s Heatseekers Albums list. He received a Dove Award nomination as a songwriter of Maverick City Music’s hit single “Promises” in 2020. “Champion,” his 2020 collaboration with Bethel Music, entered the Billboard 200 at No. 20. 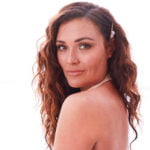 7:00 pm – Kylie Morgan
Oklahoma native Kylie Morgan is a country singer-songwriter who started writing music when she was 12 years old. At age 16, Morgan was included by the Country Music Association on their Who New to Watch list. She was named one of CMT’s 2019 Listen Up artists, a program that focuses on promising rising talent.

8:30 pm – Drew Parker
Drew Parker is an American country singer and songwriter who penned hits for Luke Combs and Jake Owen before finding success as a solo act. While growing up in Covington, Georgia, Parker picked up a guitar at age 14 and began writing country songs, inspired by the music of Keith Whitley, Merle Haggard, and Waylon Jennings. He released his first single, “Slow Down Small Town,” in 2016. Jake Owens’ hit “Homemade,” which Parker co-wrote, topped Billboard’s Country Airplay chart in 2019. Parker’s 2020 EP While You’re Gone peaked at No. 2 on iTunes’ Country Albums chart. 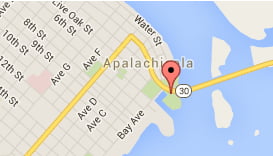